Coming home from Ireland my suitcase was weighed down with bags of rocks and glass.

Not Waterford crystal—mind you—but far more precious glass to me: the seaglass we picked up on numerous walks along a little pebble beach called Garretstown, a few miles from our rented house outside of Kinsale in County Cork.

Garretstown isn’t the most scenic beach, or secluded. It’s an everyday neighborhood beach where families gather, elderly couples take their morning exercise, and fathers and sons play hurley by the waves. It is close to Old Head of Kinsale with its cliffs dotted with seagulls and its watchtowers that may have witnessed the sinking of the Lusitania off these shores in 1915.

Because it is a pebble beach, it is a giant rock tumbler, with millions of round interesting stones and all of it rolling in the daily tides to produce smooth, frosted sea glass in abundance.

We walked Garretstown Beach in the late afternoon on our arrival day to Kinsale. As usual, when I come to a new beach, I wander the surf line, eyes down, looking for shells and seaglass. At Garretstown, my cupped hands were full in about five minutes as frosted fragments of jewel green, amber, aquamarine blue and milky white practically leaped up from among the rocks. It was ridiculous.

The rocks, some veined with crossing lines, others pure white, or the many earthy hues were enticing too.

My daughter has taken up the same beach scavenging habit, and added a new one—finding chalky rocks that can be used to write on other bigger rocks. She left all sorts of messages on the rocks of this beach each time we visited, her installations more elaborate each time.

On our second visit to Garretstown, we lingered for a long time while R tested out his hurley bat and sliotar (the hurling ball). My husband can spend hours with a simple stick and rocks, batting over and over. I learned this early in our relationship. It’s meditative for him, and—as long as I don’t get clocked in the head—it’s restful for me to hear the rhythmic crack against the wood, over and over.

To explain how much seaglass we found on this beach, I can tell you that for each time R picked up the sliotar from wherever it landed, he’d find two or three pieces to pick up along with the ball. And sometimes while running the beach to follow the soaring sliotar, he’d see and pick up three to five more pieces. This is without looking for it. It was like it was looking for us. 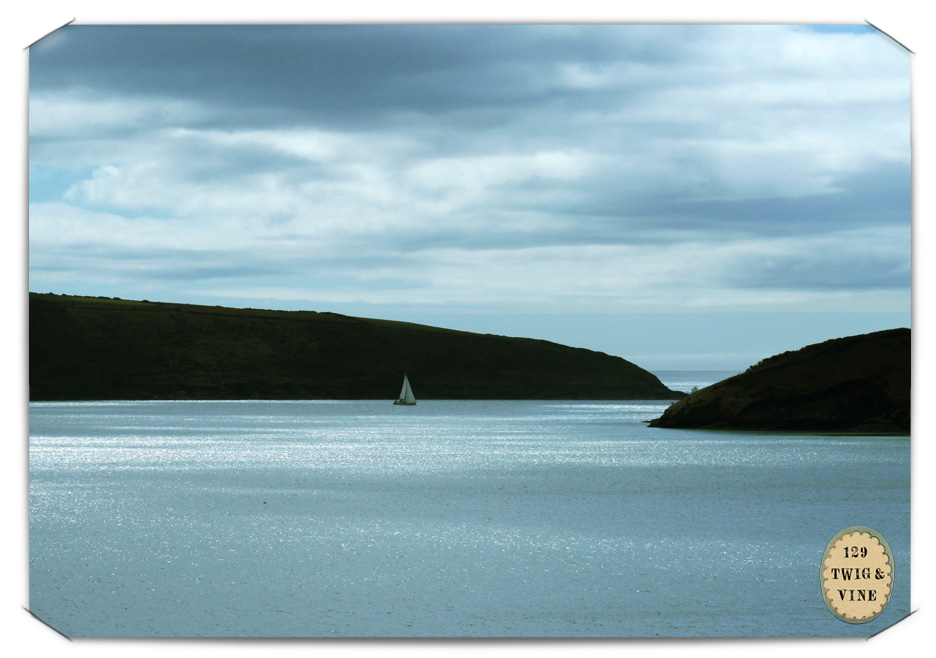 So we visited a third time. This time we were smart enough to bring bags along.

And a fourth time.

I think we may have gone a fifth time on our final evening when the sun slanted low and shone down on the Bandon River that we could see below our house. With the beach so close it seemed a perfect place to go and bid farewell to Ireland, and add a few more pieces of glass and rock to our collections until next time. 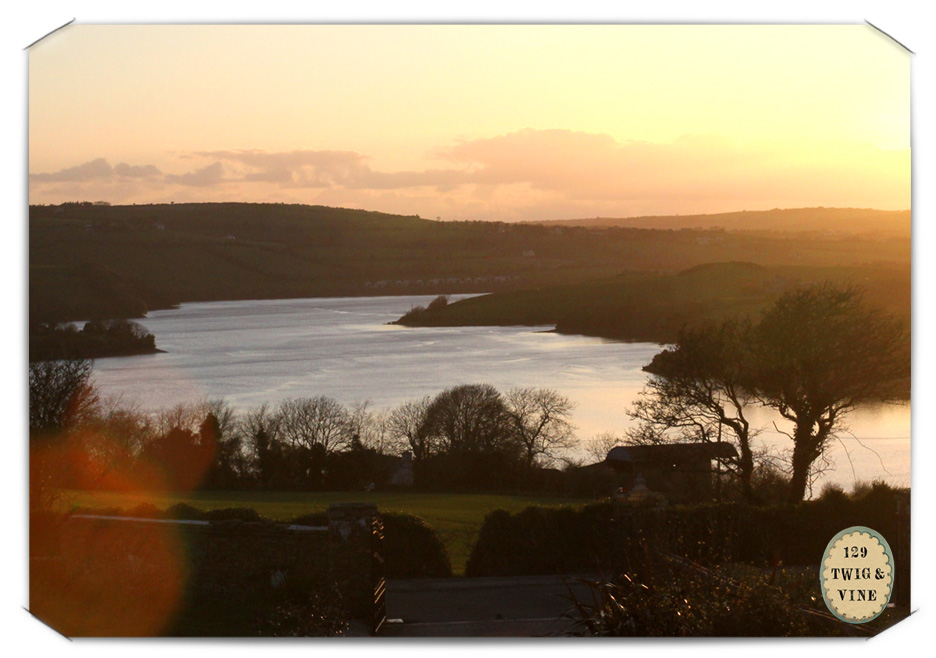 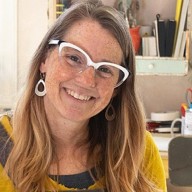 What a beautiful place and so many mermaids tears (sea-glass) I have a big glass vase full of glass we picked up in Charmouth in Dorset. Again not the prettiest beach but the home of an old Victorian tip and full of washed up china and glass ~ Sarah x
thefaeriefactory.blogspot.co.uk

I have never heard seaglass called mermaid’s tears. That’s marvelous! I found three or four pieces of china at Garretstown. Would love to find more.

Oh! I love sea glass. I so rarely get to the ocean these days (although I’ve been twice this week as we are in California near to Santa Cruz – a place dear to my heart. But no sea glass I’m afraid! Sea glass is like the best people. Worn down by the forces of wind, water and sand until they are something more beautiful than before.

Have a great time in CA, Kate!!! I like how you compare glass to people. So true.

I love sea glass. love, love, love it. It always feels like you have found a secret gem.

Sounds like an amazing holiday. We always come home with all the sea glass we can find but never found it in those quantities!

Hi,
I just wanted to let you know that I have nominated you for the WordPress Family Award. Your blog is very inspiring to lots of us I think, so thank you for sharing! Congratulations!

Thanks! So kind. Warmly, Sue

Love this! I too, collect sea glass, but this; wow! Ready to pack my suitcase..

Thanks, Rebecca. It still blows my mind how many jewels we found on that beach!

Reblogged this on CustomPartyDecor and commented:
Thinking ahead never hurt anyone! St. Patricks Day is Coming!
https://www.etsy.com/shop/CustomPartyDecor
for your custom Patty’s Day Cards 🙂